People from Sydney are escaping to regional NSW post Covid, so landlords are putting rent prices way up. I can’t afford the huge rental prices that have become prevalent. I would live on noodles to keep a roof over my head! 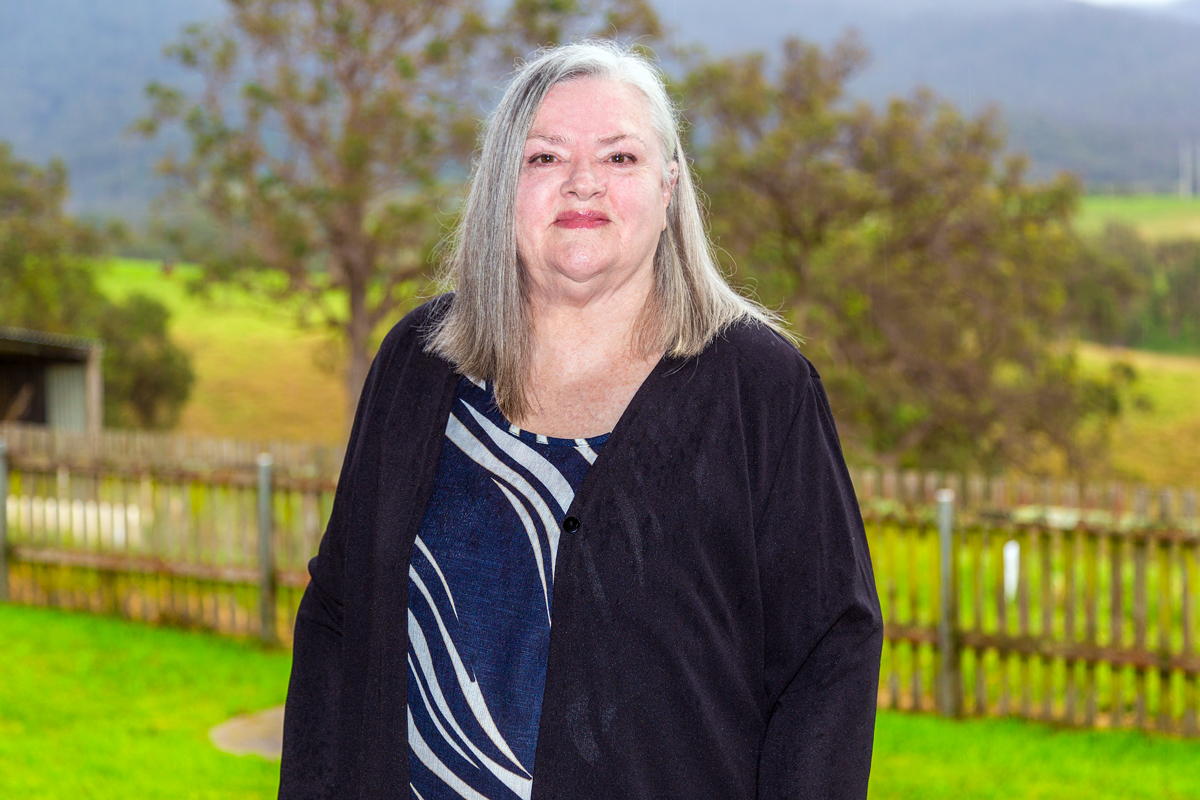 Kaye is a 70-year-old grandmother living on the age pension, and had known her landlord for over forty years when she was issued with the termination notice. Kaye’s community had been experiencing a housing crisis for several years as a result of bushfires and floods, followed by the COVID-19 pandemic and associated rental crisis. She was told that the reason for the termination was that at her age she was no longer able to take care of the garden as well as the landlord wanted her to, but Kaye felt this was an excuse to remove her from the property so that the landlord could rent out the home at a higher rate.

"What we’ve found is that people from Sydney are escaping to places they thought were probably safer from COVID-19, so landlords are putting rent prices way up. Now we locals can’t afford the huge rental prices that have become prevalent. I would live on noodles to keep a roof over my head!"

Kaye has two cats, Greywacke and Toffee, which makes finding a new home even more challenging. She has been applying for properties for months, but has been totally unable to find a new rental home, let alone one that is affordable for her and pet-friendly. Giving up her cats is not an option for Kaye, as they are part of the family. She has asked her landlord to allow her to stay, and offered to pay more rent, but the landlord maintains that she wants Kaye to leave.

"She didn’t initially give me a hard move-out date, and I’m so relieved that she said in front of witnesses last year that I could stay “until I find a new place”. Neither of us expected it to take this long, though, and I’m not sure how much longer I’ll be able to stay. I don’t know what I’ll do if I can’t find a new home for myself and my cats.

"We’ve seen an increase in homeless people with animals sleeping rough because they can’t find a place, let alone one that will allow them to take their cat, or dog. Shelter is a basic right but too many people here can’t access it now.

"Us renters are being held hostage by property owners and real estate agencies at present. In this time of COVID, few have flourished so much as both those groups of people, while those on the brink of homelessness have had to deal with crippling increases in rental prices, and fierce competition for any property that comes on the market for rental.

"It's particularly noticeable in rural areas where there was already a housing crisis, and is only set to worsen as the country reopens and cashed up COVID refugees sick of lockdowns in the cities make the tree change they feel will be best for them. Locals like me don't stand a chance at finding a home, no matter how 'good' a tenant we may have been."

Kaye’s daughter was issued a no grounds termination notice at around the same time as Kaye was, and has since been evicted into homelessness. She and her 12-year-old son spent some time sleeping on Kaye’s floor, but Kaye’s landlord did not approve. Kaye’s daughter is now living with her child in a motel for $600 per week as they have been unable to secure a new rental so far.

"The landlady turned into this monster from hell when I took the kids in when they were homeless. You think you know somebody, and that they’d help their kids at the drop of a hat, but when my kids were homeless and I took them in we had to go to mediation to allow them to stay for just two months, over Christmas."

Kaye has been a passionate gardener for decades, but one day recently the landlord sent workpeople over to come and remove the entire garden. She also feels like she is constantly under surveillance with the landlord driving by and looking in, and often sending workpeople over.

Kaye is currently receiving home and personal care support through a local NGO, which is helping to keep her and her daughter and grandson as stable as possible.

"I thought I was meant to have ‘peaceful enjoyment’ of the property. I nourished the garden for years, but it’s horrible that since I’m a renter at any time they can come and ruin it. I don’t feel welcome. Even though at the latest inspection she was happy with the house, and I accepted a $20 a week rent increase, she still wants me gone and is trying to kick me out. I just want to be left alone in peace, it’s not a nice way to live. It’s not a comfortable feeling to be living in a home where it is made very clear that you are not wanted."